Case di Luce was created out of respect for the bioclimatic features of the site and is the largest complex in Europe built of hemp and lime.

We at Dierre took part in the construction of this building with our Synergy Out doors. Read the interview with Massimo Pedone, co-founder of Pedone Working, to find out more.

Please give us a brief description of Pedone Working. How would you describe it in just a few words?

Our group consists of two companies. The first is Pedone Working S.r.l., a general construction company that has specialized in green building solutions for more than two decades. Pedone Working S.r.l. stands out for its use of natural materials in the execution of direct real estate ventures or private contracts; this distinction was recognized nationally with the Sustainable Development Award in 2018, and internationally with the Green Building Solutions 2016.

The second is PS_architecture design studio, which is involved in design and R&D research. Also in this case, the firm is inspired by natural materials and bioclimatic principles to achieve indoor well-being. PS_architetture, in addition to being a two-time winner of the Golden Cube of the CasaClima Awards, has won, in collaboration with other colleagues, the International Design Competition for the Integrated Enhancement and Redevelopment of the Ugento Coast in Salento, Italy.

PS_architetture works in synergy with Pedone Working S.r.l., as well as projects for private and public clients. For more than a decade, both have focused their efforts on the use of hemp in construction, becoming leaders in the use and development of construction technologies using this material. For the past few years, the group has also been involved in production and technology development under the BIOMat hemp brand.

When and how did the Casa di Luce project come about?

We are located in Puglia, specifically in Bisceglie (BT), and the project is part of a larger Urban Regeneration program.

It was launched back in 2008 to address the countless administrative issues arising from the idea of wanting to integrate private housing with a public garden; the plan was to acquire the green area, which was not available from the municipality.

Bioclimatism is behind the design choices of both buildings, so depending on the different orientations, the Case di Luce design allows the building to gain as much light as it can in the winter period through the freely available contributions of the solar greenhouses.
In the Case di Luce nel Verde project, careful design has allowed, through specific studies of natural radiation and ventilation, the building to take advantage of all the light that it can during the summer. The horizontal and vertical distribution spaces of the building are designed as true ventilation channels, resulting in a mitigated temperature that is used by the ventilation system thus allowing natural cooling.

A careful execution of a natural casing, completely made of lime and hemp, then ensures a very high thermal, hygroscopic and acoustic efficiency, allowing you to achieve a priceless living comfort. Enea and the Politecnico di Bari, through measurement campaigns, attest that inside the houses, without the help of installed systems, and with the apartment in a “quiet state,” a temperature of about 20°C in winter and about 26°C in summer is sustained, maintaining a humidity rate between 55/60%.

Armored doors from the Synergy Out line were chosen for Casa di Luce; why did these products make a difference?

The choice was made for this door because the goal was precisely to achieve thermal and hygrometric performance with minimal air leakage; Synergy Out provides this thanks to a highly insulated envelope.

The product promises three things: correction of the thermal bridge between underframe and frame, good thermal performance, and excellent air tightness of the door. These did not remain three empty promises! We have had the proof of their reality thanks to the data collected by Enea and the Politecnico di Bari, as well as by the degree of satisfaction expressed by customers.

What is your vision of the future of architecture? What direction is it going in
and how is sustainability "transforming" it?

Today there is a lot of talk about sustainability in architecture; indeed, I would say that this term is over-used, but I rarely encounter a comprehensive “vision” of true sustainability. I would say that today there are different ways of thinking: those who believe that the mere use of synthetic insulation materials is enough to make architecture “sustainable,” but without considering that the production of the same material used has abruptly increased CO2 emissions into the atmosphere.

Then there are those who have rejected “green” as a real architectural language. In this case, behind the “green dress,” sustainably conceived architecture only sometimes exists. 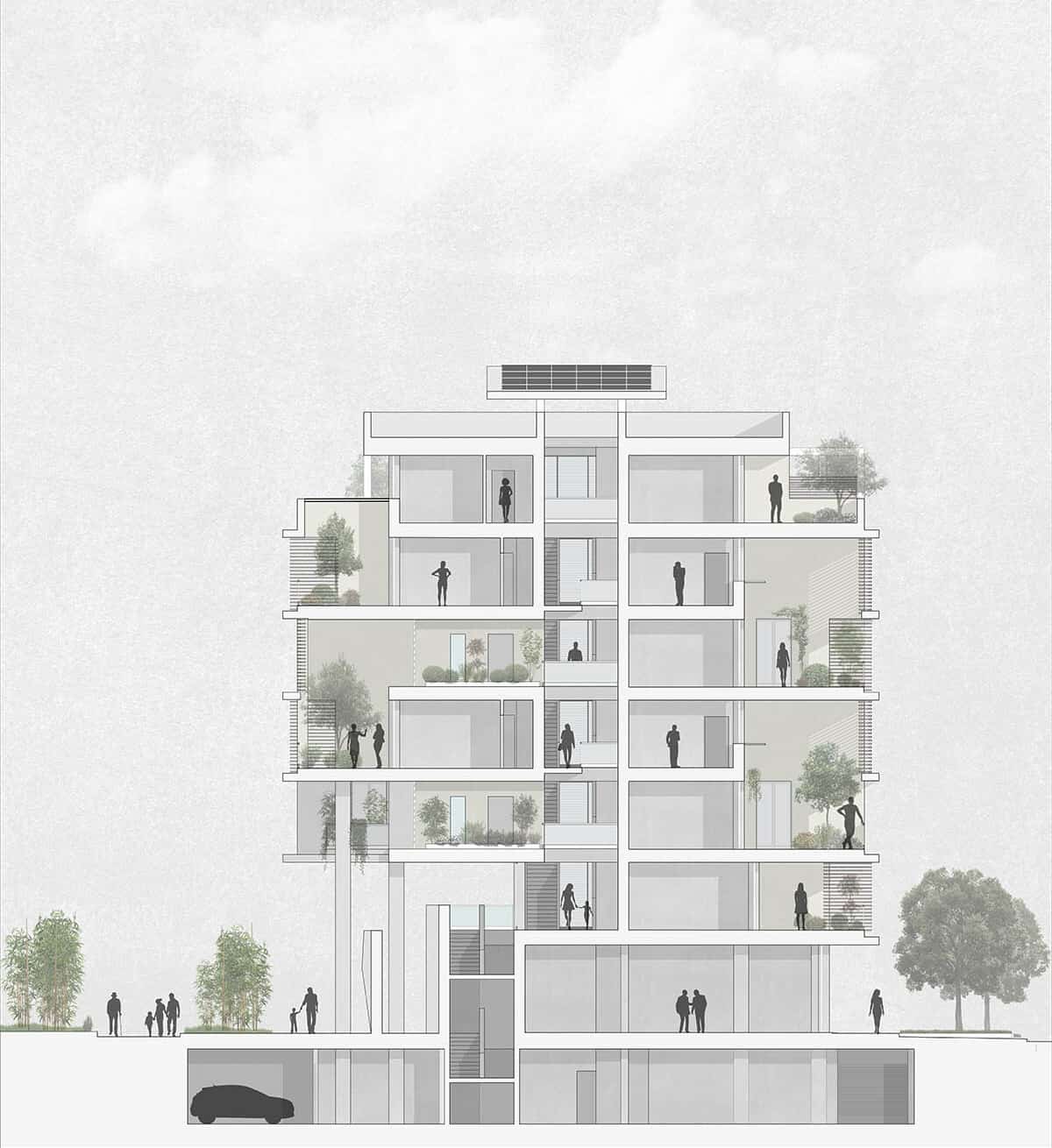 We have a different philosophy of thinking. We assume that any building intervention leaves a negative “footprint” on the environment; however, we know that the “weight” of this footprint can be different depending on the design and construction technology used.

We use nature as a “building material,” making the “environmental impact” of our project “as light as possible”; sometimes the use of hemp brick even makes it possible to cancel out the weight of the entire building work since this is the only CO2-negative material.

In our design process, we always start from the architectural analysis of the site, also considering the bioclimatic analysis, and since we almost always work in a Mediterranean climate, we try to merge the stylistic features of Mediterranean architecture with the use of construction technologies suitable for a hot and humid climate.

I would say that today architecture has unfortunately lost its “social” value; this is due to society’s constant loss of interest in architecture (as well as in so many cultural forms!). Today there is talk at all levels of rebirth and “sustainable” reconstruction, but groups of architects aren’t exploring this topic together, so each of us is trying to put our own spin on the issue. 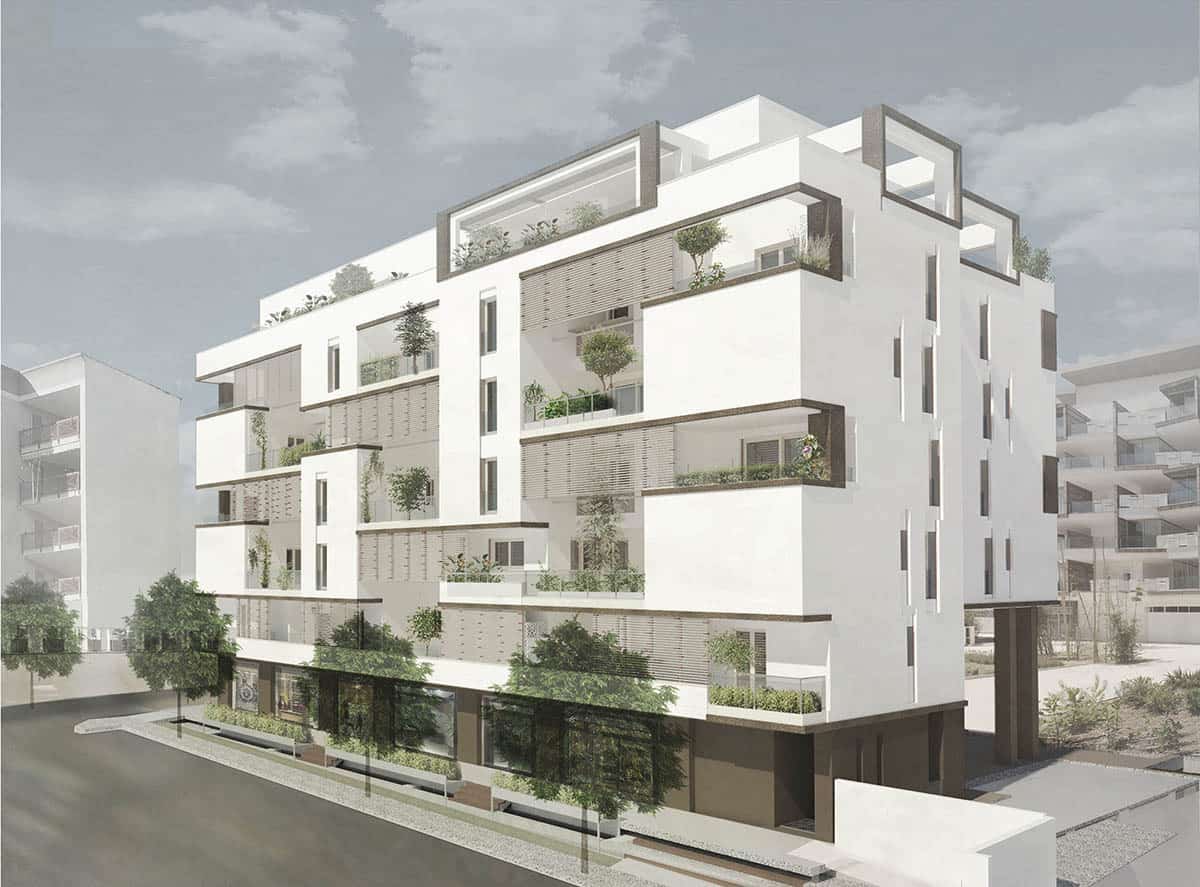